About the SOS Media Team

Nicole and Keith Saulnier founded SOS Media in October 2012 with a goal to use their knowledge to help fellow business people recognize, understand and utilize modern e-trends. Since the launch of the company, it is has quickly grown into a sought after industry leader. SOS Media frequently conducts speaking engagements and training sessions for business groups, colleges, and universities. We thrive on working with fellow entrepreneurs, and it is our pleasure to help new and seasoned business people to find new markets via the internet. 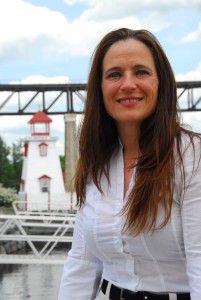 Nicole Saulnier is the embodiment of the entrepreneurial spirit.  Having founded and co-founded many successful ventures ranging from advertising to culinary, from aviation to business incubator; Nicole is well versed and respected across the business spectrum.

For nearly two decades Nicole has been excelling with the duties and responsibilities that accompany being a Chief Pilot.  Having accumulated thousands of flight hours from all over North America, she has a keen insight to regional strengths and needs.

Her natural dynamic personality lends itself to lecturing at colleges and universities as well as other public forums.  She is considered to be an authority in small and medium business trends.

Canadian Industry has recognized Nicole for excellence and professionalism with her winning both the Elsie McGill Canadian Aviation Business Award and Northern Ontario’s Most Influential Business Woman awards.  Her separate businesses have also been recognized throughout the years as being both regional and provincial forerunners.

Whether speaking on stage to several thousand people in Hall “C” of the Toronto International Center on behalf of the OTMPC, or one on one business mentoring, Keith loves meeting and working with people from all walks of life.  Fondness of live theatre has enabled him to comfortably transition from stage to small and big screen.  His passion for writing has led to regular columns, articles and blogs.

Keith’s background in environmentalism works hand in hand with his innate curiosity about the natural world around him.  National work in aboriginal engagement and industrial contracting has allowed him to understand the vast depth of our most precious resources both human and otherwise.

Being a two term elected Town Councilor has taught Keith how to balance infrastructure and commerce with basic human rights and needs.  Regular lecturing in colleges and universities has kept Keith up to date with tomorrow’s new and upcoming leaders.

As co-founder of a well respected social media and marketing company Keith stays current with business and marketing trends. Keith has commercially operated bush planes on the West and East Coasts, the far Arctic and the Caribbean. He has worked in incredibly remote locations as well as built up urban centers.   Keith co-founded and recently sold a successful fifteen-year-old seaplane operation servicing an area including Northern/Southern Ontario as well as Quebec.

This body of work has left Keith well travelled and fluent in the business of tourism and industry, culture and human nature.